Our family story is about two families – one named McConnell and the other Wackman – that found their way to Elk Grove, California. The 5th generation from these founding families planted wine grapes in 1993 and began making wine on this historic property in 2002 for you to enjoy. The following is a brief history about our ancestors. 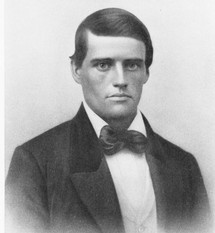 In 1849, Thaddeus and Samuel McConnell came to California, followed one year later by their brother Thomas. These three young men left their home in Vermont in search of a better life out west. They found themselves setting up shop in Garden Valley, California and opened a store to sell food to prospective gold miners. Confident that California was where he wanted to put down roots, Thaddeus purchased a fertile piece of property in the Elk Grove area near the Cosumnes River. A year after his purchase, the McConnell family store burned down and Thaddeus turned his plot of land into a prosperous sheep farm. Here, he built his home (now our Tasting Room). Thaddeus married Ellen Flanegan of Vermont and they had one son together, Thaddeus McConnell Jr. 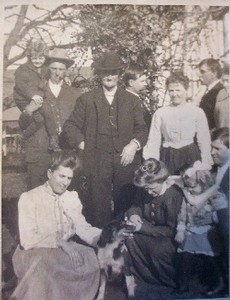 A few years after the McConnell boys made their way west, in 1863 Andrew Kelly Wackman came to California from Ohio. He too purchased property along the Cosumnes River near Elk Grove, where he raised grain, cattle, and horses. Andrew Wackman married Amanda Colton and had three children: Etta May, Creed, and Harry.

In a small farming community like Elk Grove, it was inevitable that the McConnell’s and Wackman’s would meet. Thaddeus McConnell, Jr and Etta May Wackman married and had a son—Thaddeus McConnell III. They soon inherited the McConnell ranch. However, tragedy struck for Etta May when both her husband and son met their untimely deaths in the 1990’s. Without anyone to run the McConnell ranch, she called her brother Creed for help. Creed enlisted the help of his son Howard, a successful teacher from Ceres, California, to come back home and run the ranch. A few years later, Creed sold his own land and went to help farm the ranch that Etta May had inherited. During this time, they raised barley, wheat, corn, and sheep.

Howard Wackman I married Norine Straub and they had a son whom they named Howard Wackman II. In 1960, Howard II came back to the ranch after marrying

Marilyn Wilson and graduating from the University of California at Davis. Howard II was very active in the local farm bureau and community and was honored to serve as the first Vice President of the California State Farm Bureau. He and Marilyn had three sons named Howard III, Mike and Alan. These three men, representing the 5th generation, currently run the winery and vineyard operations.

The house Thaddeus built in the mid-1800’s was lived in by family members for more than 100 years, until the late 1970’s. In 2003, the family decided to give the beautiful and historic house a new life as the current office for Wackman Ranch and the Tasting Room and Barrel Cellar for McConnell Estates Winery. 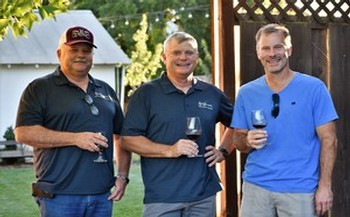 The old home was remodeled keeping its original farmhouse charm, while updating it with some of today’s modern conveniences—a unique blend of old and new

On some days, you’ll have the chance to meet Mike Wackman, who is the resident winemaker handling his family’s grapes with the utmost care. Or you might run into Howard III when he stops in after working in the vineyards. You'll often find Alan chatting on the deck, singing along at our Summer concerts or even pouring behind the bar! Family is at the heart of everything we do, and we’ll make sure you feel like family too!